Casino by Martin Scorsese is without a doubt one of the most stylish movies in the history of cinema. De Niro’s character Sam “Ace” Rothstein became a style icon with his ’70s and early ’80s Vegas aesthetic. In the opening scene Ace falls victim to a bomb in his car. The suit jacket he’s wearing while luckily surviving the attack is almost as loud as the explosion. It’s only logical that the coral colored jacket is now a popular piece at 80s costume parties. However, it’s not the only iconic suit jacket in Ace's wardrobe. 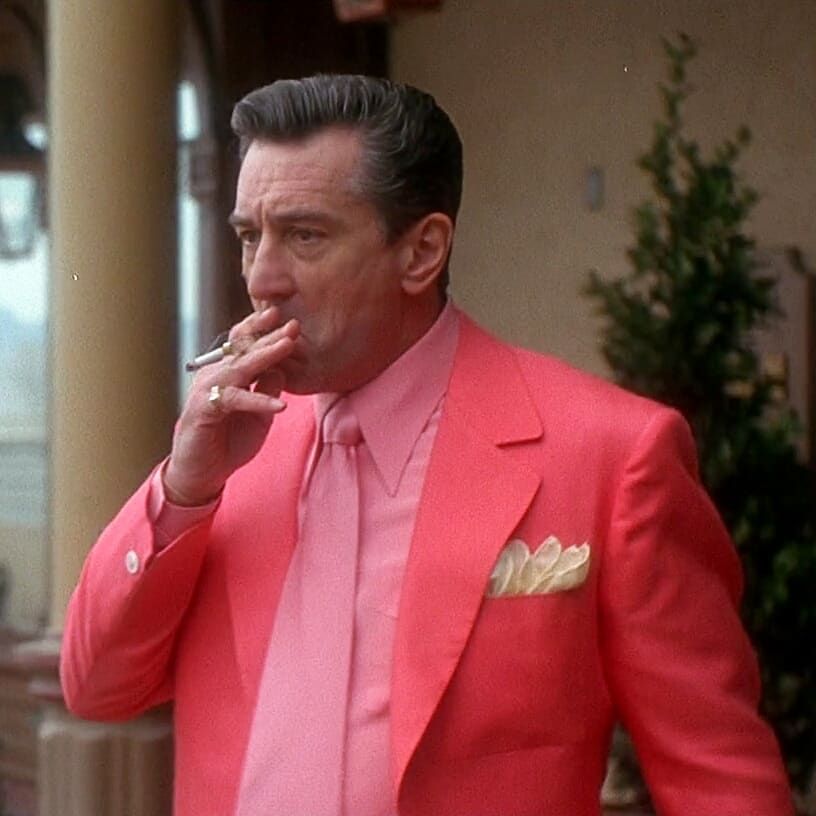 It’s probably his red blazer that first comes to mind when thinking of the movies wardrobe. The said outfit has once again catched attention in 2020, as the musician The Weeknd has drawn a lot of inspiration from it for his character in the music videos of "After Hours". Also Ace's Tom Ford-esque sunglasses can be spotted in The Weeknd’s performances. One could write whole articles about the successful art of color-blocking in Casino. Sometimes a gray blazer is skillfully combined with a yellow shirt, and in the next scene De Niro stands in a banana yellow suit next to Sharon Stone wearing a blue dress by Courregès. The fashion in Casino is just one of many aspects that make the film a masterpiece. So if you find the time to rewatch it any time soon, take notes to learn from this unique cinema wardrobe.

We use cookies. Many are necessary to operate the website and its functions, others are for statistical or marketing purposes. With the decision "Only accept essential cookies" we will respect your privacy and will not set cookies that aren't necessary for the operation of the site.

Marketing cookies are used by third parties or publishers to display personalized advertising. They do this by tracking visitors across websites.